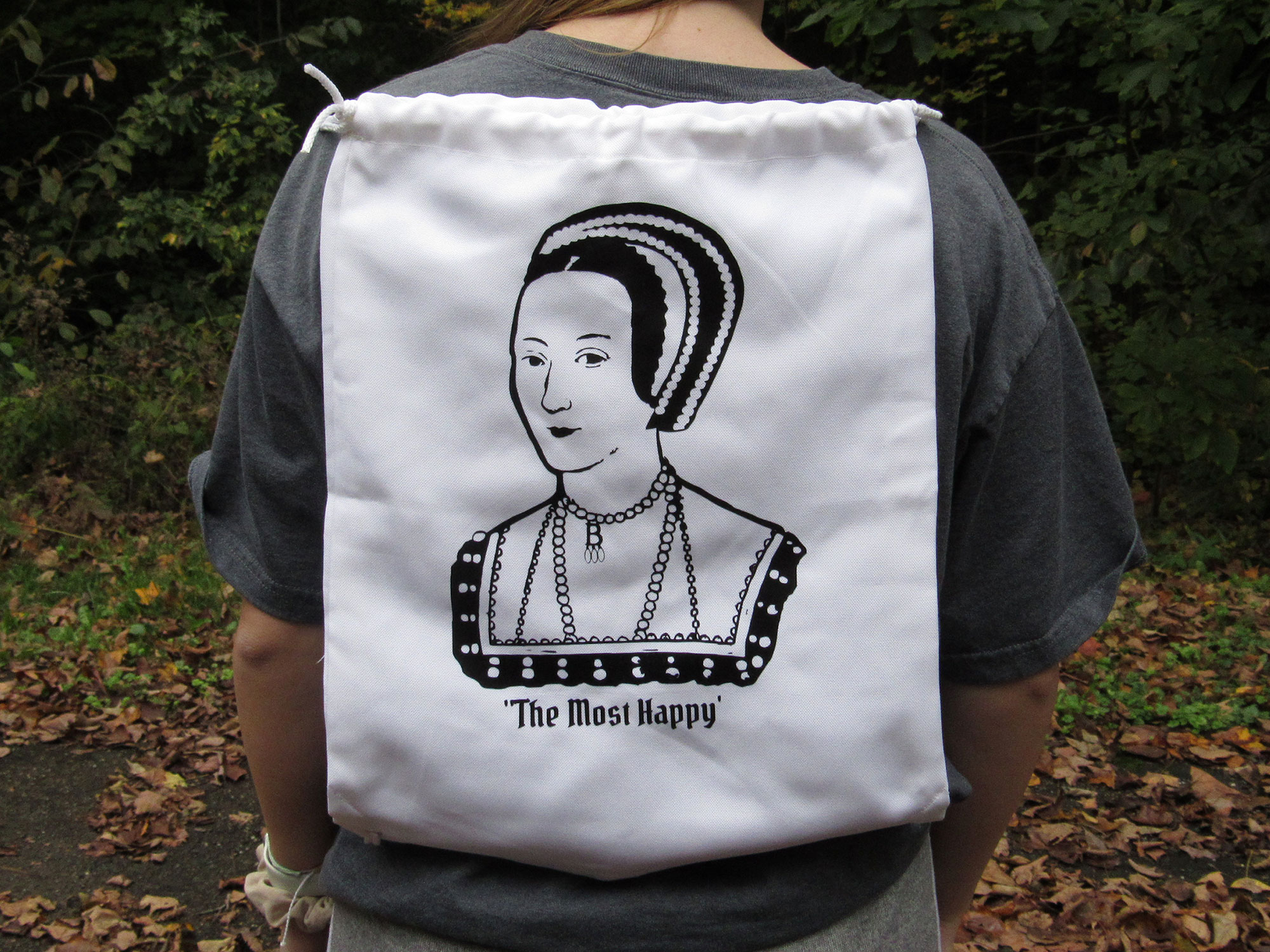 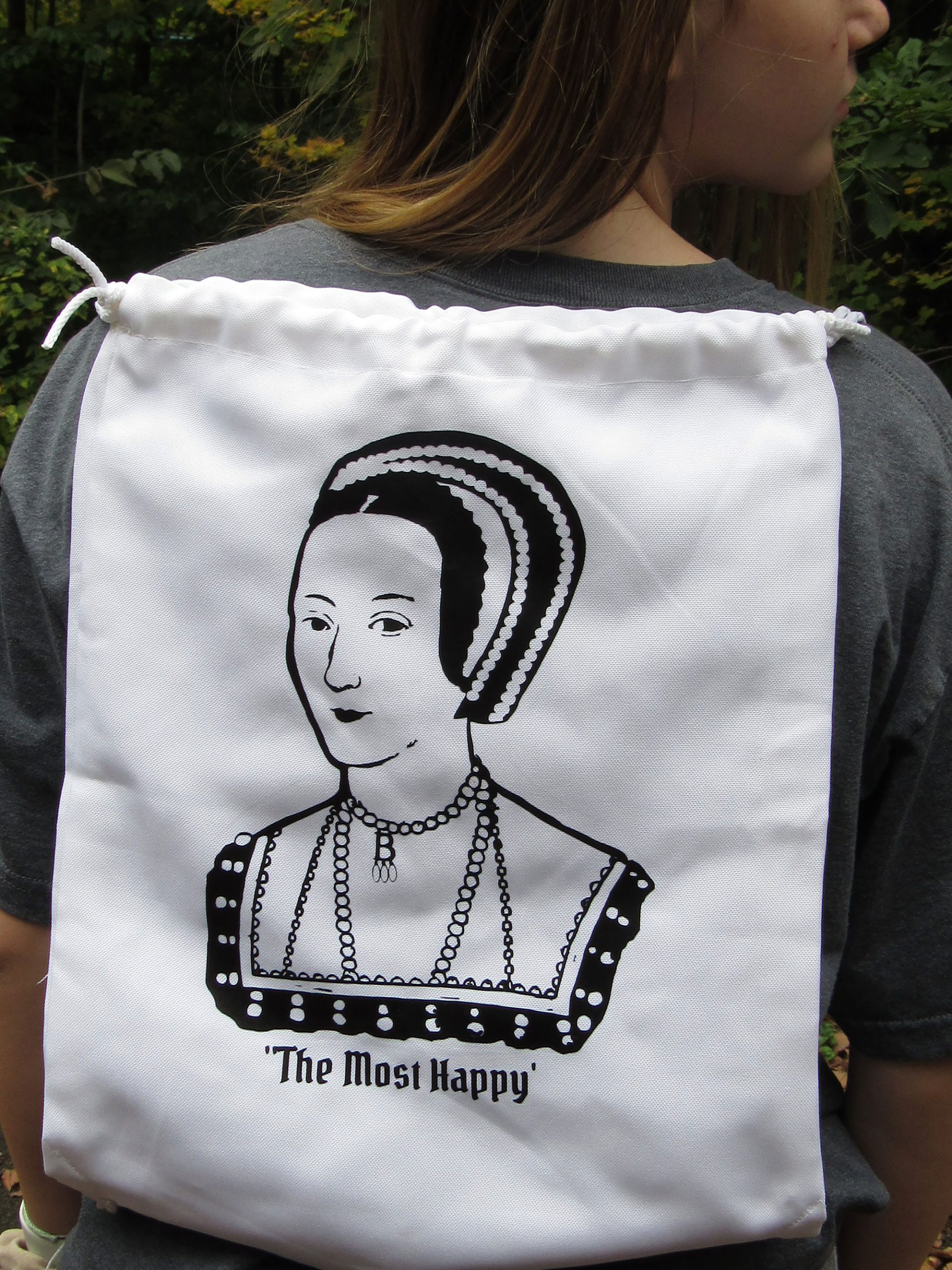 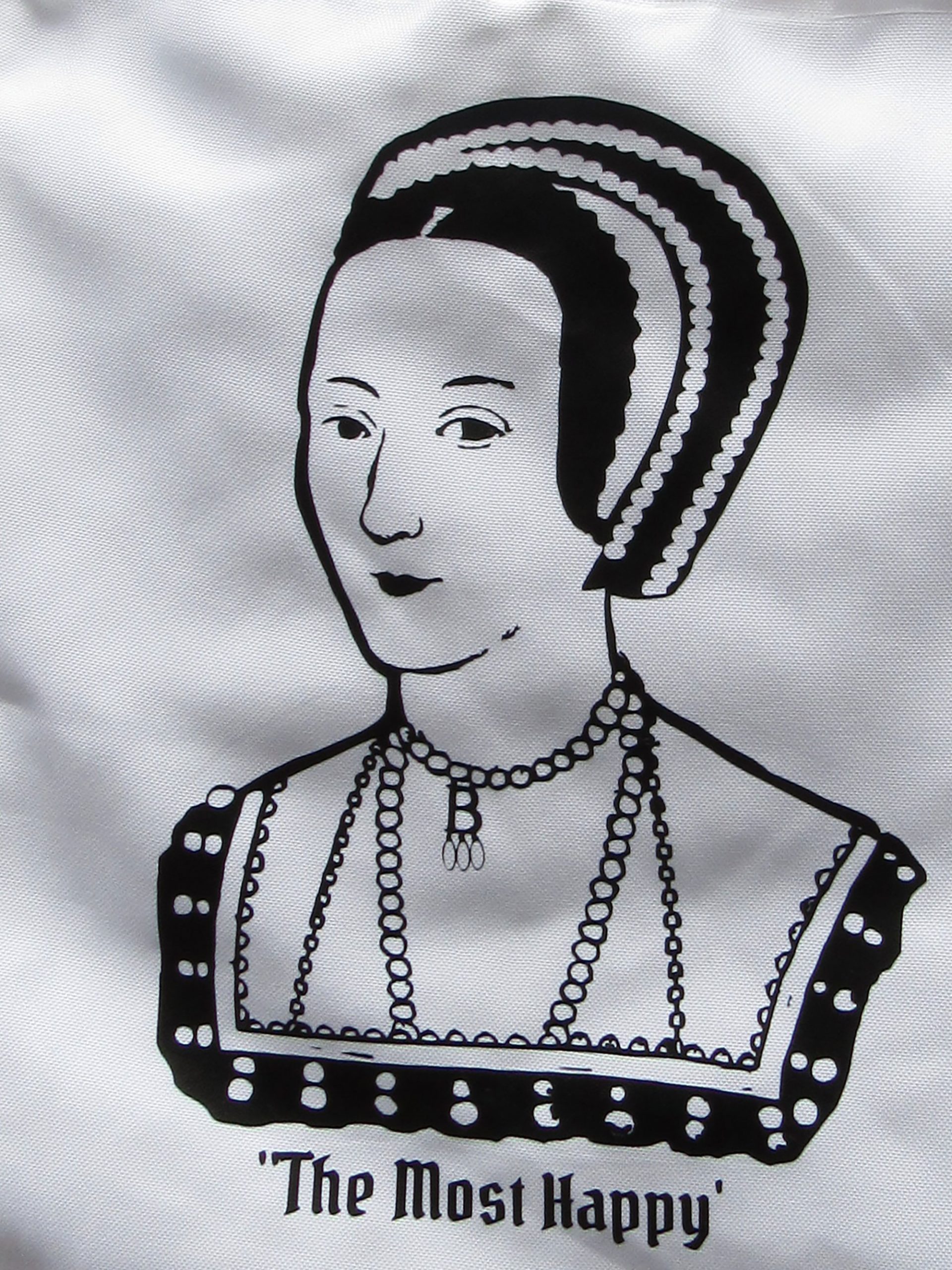 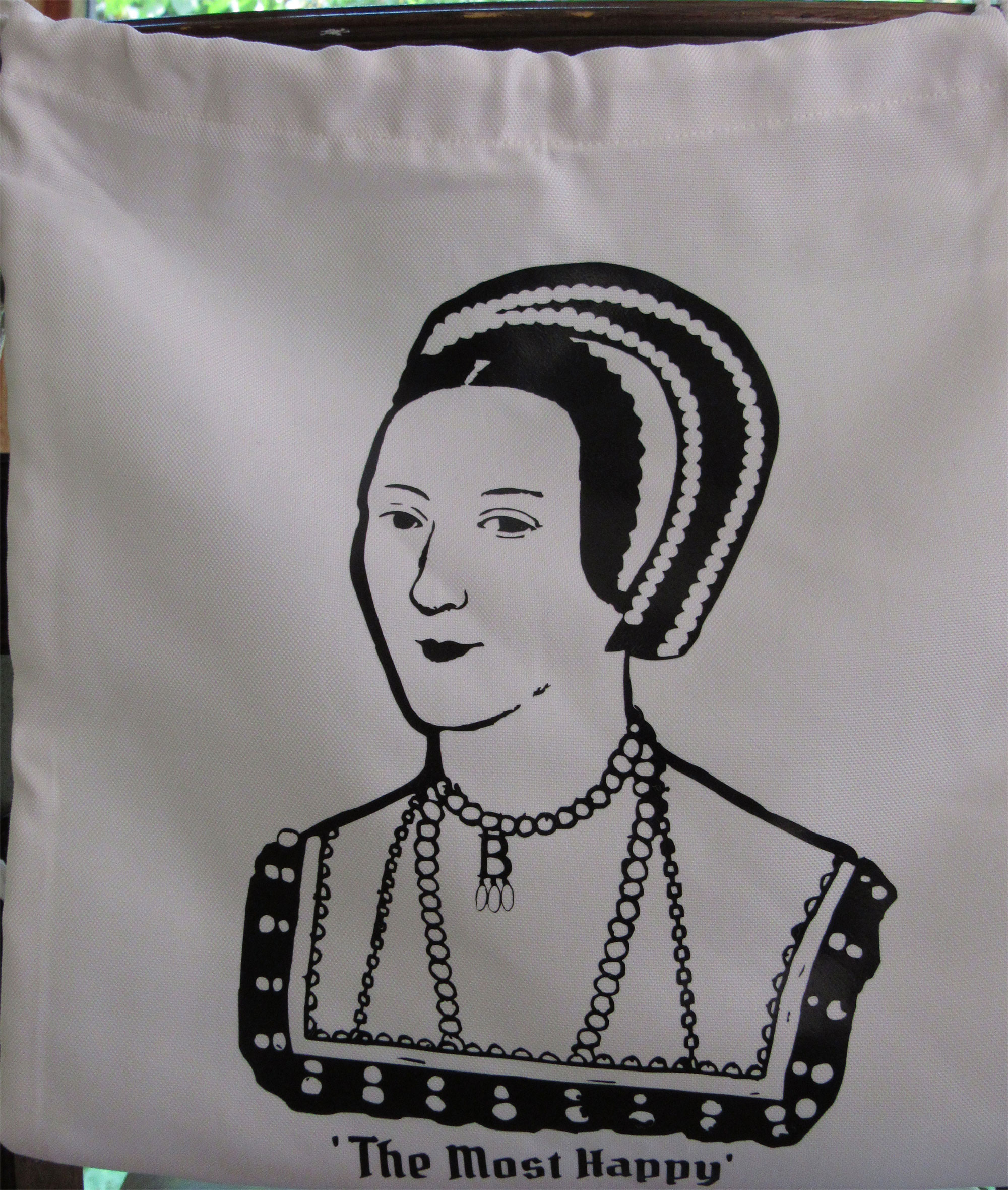 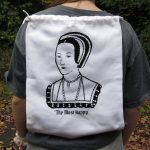 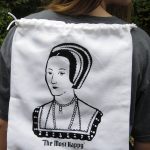 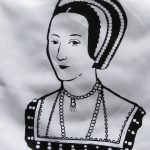 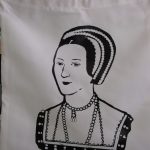 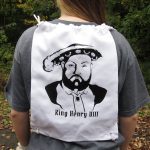 Anne Boleyn so captured the heart of King Henry VIII that he went to all lengths to be with her, including making a break from the Catholic religion in Rome so he could divorce his first wife, Katherine of Aragon, and marry Anne Boleyn. After failing to give him the long-awaited son he needed to secure the throne, Anne was unfairly convicted on trumped up charges and lost her head at Tower Hill in London.

This Anne Boleyn drawstring bag features artwork hand-stenciled from her portrait and 100% unique to TudorGifts.com.